Anatomy of a book launch

Uncommon Stock: Power Play, my second novel, launched on December 3rd, 2014 from FG Press. I've tried to capture some of the results from our launch efforts below to share with fans and provide insight to other authors. I continue to be amazed by the outpouring of reader support for the series. All of our success so far has come from grassroots word-of-mouth! 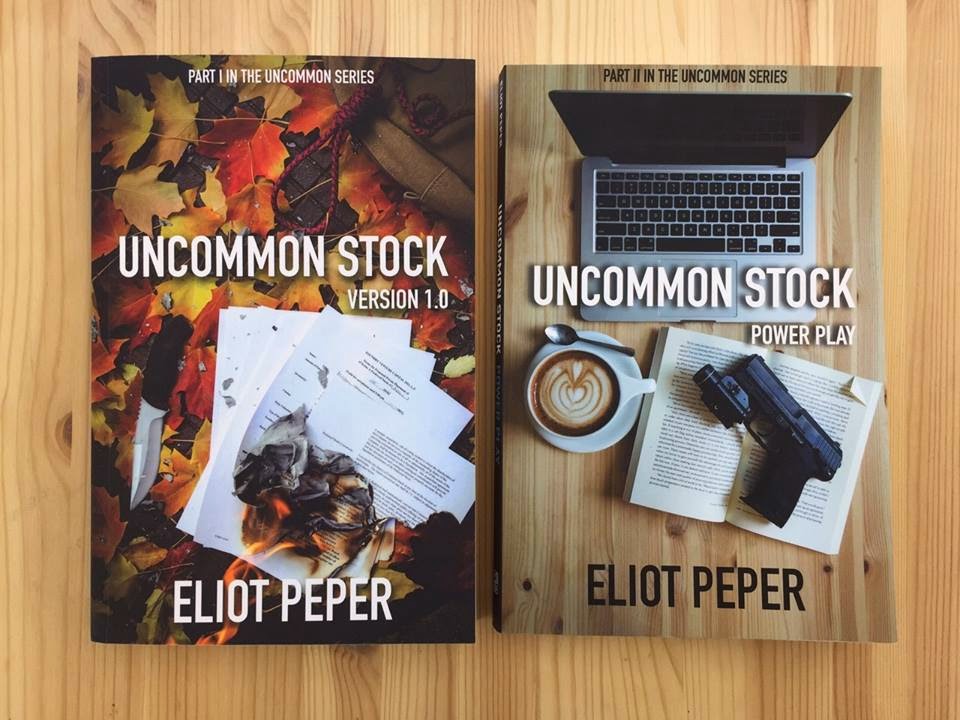 
Uncommon Stock: Power Play currently has a 5 star average rating on a base of 42 Amazon reviews. It was featured in Amazon's "Hot New Releases" list and debuted in the top 100 in its category.

A ridiculously bad idea. We serialized all of Uncommon Stock: Version 1.0 and published it in ten parts on Medium. To my knowledge, this was the first novel to ever be published this way.

Interview with the Elusive Mozaik Founder Mara Winkel. Industry blog Tech Cocktail runs an exclusive "real" interview with the protagonist of the Uncommon Series, Mara Winkel. This complemented the "real" website we built for her fictional startup, her "real" Twitter profile, and her "real" Series B investment from Foundry Group last April Fool's Day.

We ran a short giveaway of Uncommon Stock: Version 1.0 in partnership with Startup Books, Book Gorilla, and others to coincide with Power Play's release. We hit #1 in our category on Amazon during the giveaway.


The Uncommon Eliot Peper. Bestselling science fiction author William Hertling gives his review. I'm a huge fan of Will's books so this meant a lot to me.

This Page Turner Turned a Page in Me. Franco Faraudo writes how the story made him think even while it kept him entertained.

The Rise of Startup Fiction. Ian Eck predicts the rise of a new genre pioneered by the Uncommon Series.

Entrepreneurial Lessons in Fiction. David Nikel publishes a review on Technoport all the way from Norway.

Book Review: Uncommon Stock Series by Eliot Peper. Boulder entrepreneur Sarah Brown gives an inside view as a woman CEO based in Boulder.

An enterprising early reader even posted the book to Product Hunt: 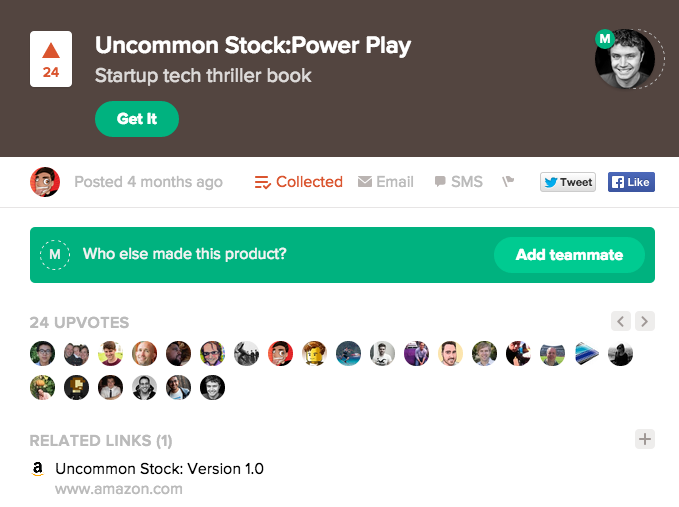 Disrupting the Publishing Industry. Michael Sacca picks my brain about how technology is changing the business of books for the popular Rocketship Podcast.

How You Should Be Launching Your Books in 2015. I give the inside scoop on what I've learned about being an author to the founders of Reedsy in this interview.

Optimizing For Discomfort. Jon Nastor, host of top entrepreneurship podcast Hack The Entrepreneur, interviews me about perspectives on life and business building.

The Emotional Impacts of Entrepreneurship. Fred Williams asks me about what's inside the hearts of entrepreneurs on his Breaking Biz podcast.

Uncommon Stock. AuthorMBA's Matt Gartland grills me on how to launch a book like a startup launches a product. Behind-the-Scenes of cover design. Kevin Kane, FG Press's indefatigable designer, describes the ridiculously cool efforts they made to create such a beautiful cover (see above photo).

A Heretical Holiday Gift. We partnered with serial entrepreneur Pascal Finnette to share the story with his fans and readers.

A View from the Crossroads: an interview with Ricardo Fayet of Reedsy. Reedsy CEO Ricardo Fayet names Uncommon Stock his standout book of 2014.

My 34 Favorite Books of 2014. Entrepreneur and author Lucas Carlson includes both Version 1.0 and Power Play in his top books from last year.

Friends and readers initiated a social media maelstrom around the launch. Everyone from college buddies to leading CEOs and bestselling authors got in on the action. Check out one of my favorite moments: 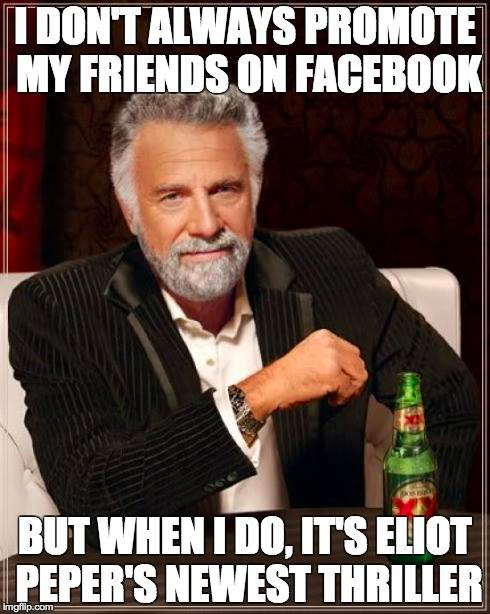 We partnered with TechCrunch to share Version 1.0 with attendees at their Disrupt SF event.

San Diego startup accelerator EvoNexus invited me to do a talk on storytelling for startups. They also gave copies of Version 1.0 to all of their resident founders. Techstars bought a site license to the book and made it a permanent part of the package they distribute to new founders.

I joined fellow startup fiction author Michelle Miller to in a salon-style dialogue about following you passion.

The JAAMM Festival had me give a talk on startup life at Galvanize in Denver. While in Colorado, I visited FG Press and we recorded a series of videos about the Power Play production process.

The School of International Relations and Pacific Studies at UC San Diego (where I went to grad school) invited me to sit on a panel of alumni entrepreneurs. I'll also be doing talks at a few business schools later this year.

I was a guest on two Silicon Valley talk radio shows. 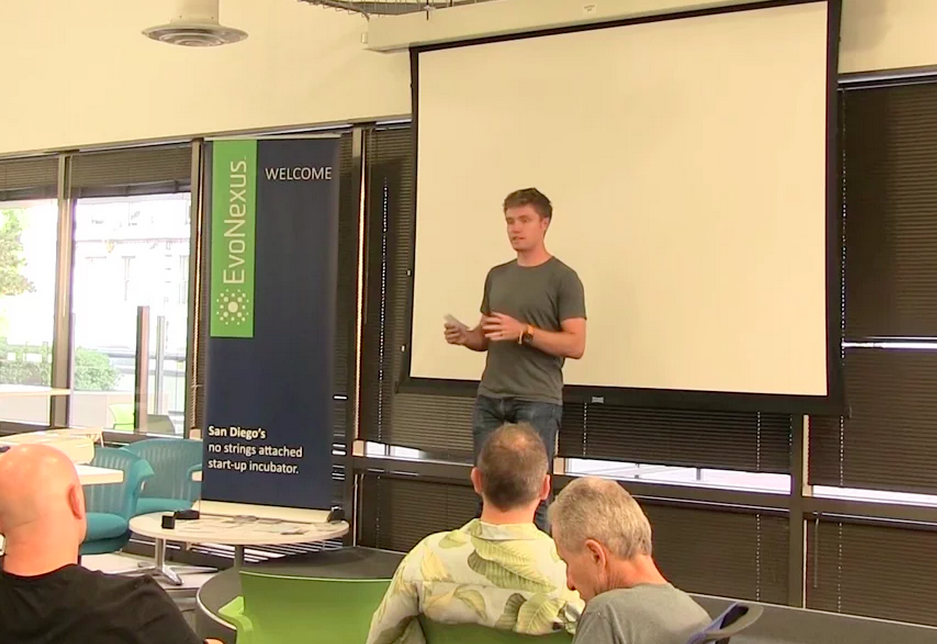 "The perfect book for anyone who wants a thrill ride through the world of tech startups."
-David Cohen, Founder and Managing Partner at Techstars

"If you liked the first one, then this is a no brainer - buy it!"
-Jason Mendelson, co-founder and Managing Director at Foundry Group

"Everyone's favorite iron-willed, iron-bodied, rock-climbing startup CEO is back. Only this time she has a gun holstered underneath her blouse."
-Ian Eck, freelance writer

"It's rare that a sequel really ratchets up the story and takes the things you loved about the first book to a whole new level. Power Play does so brilliantly!"
-Josh Anon, founder and CEO at Visioneer Studios

"Must read. But be prepared to stay awake until finished. Eliot's first book was a one-session page-turner, now this second installment is, if anything, even better. Somebody should pick up the rights and turn this into a House of Cards style series."
-Keith Teare, founder at Chat Center, Partner at Archimedes Labs, co-founder at TechCrunch 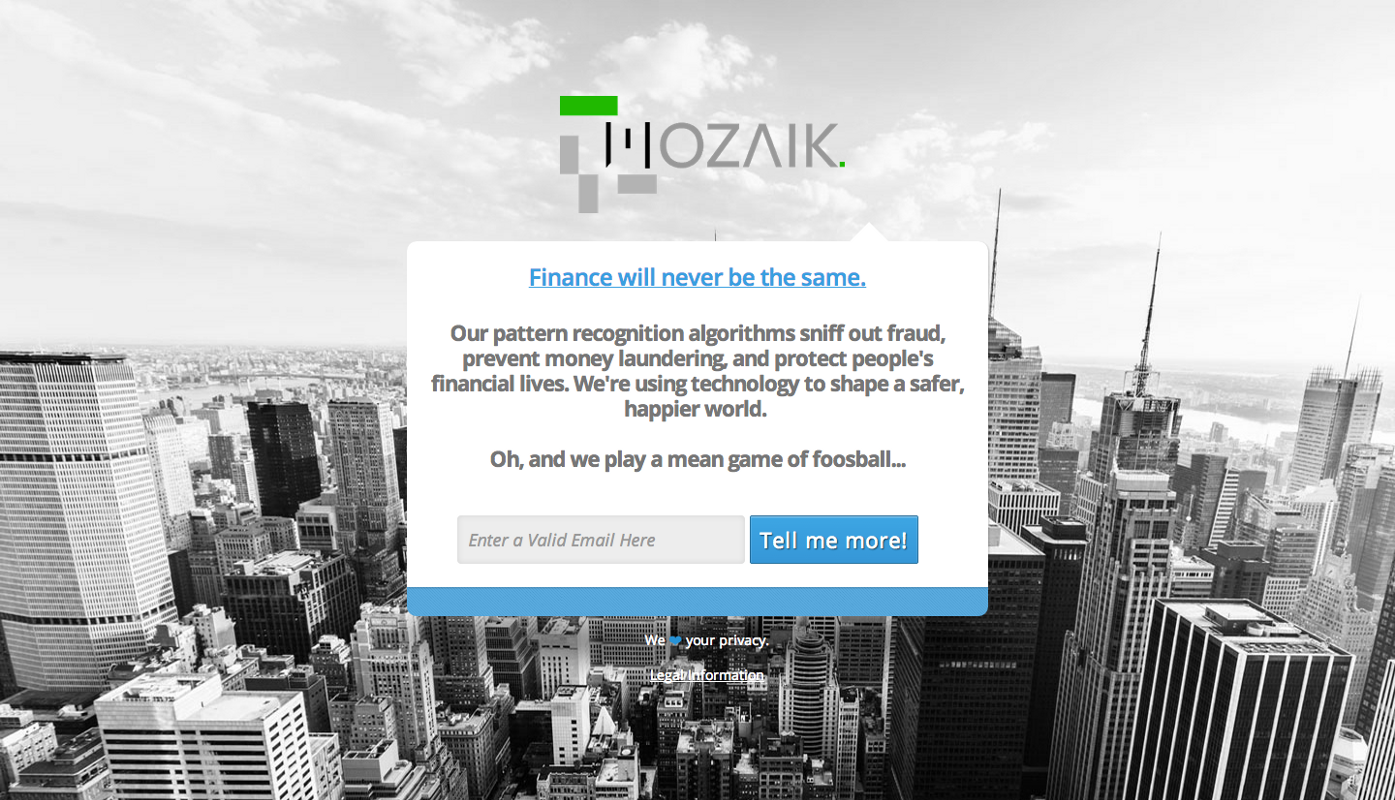 
I've learned a few things from the Power Play launch:


Authors write alone, but books succeed only with the helping hands of friends and readers. I owe you all this and so much more. To summarize: 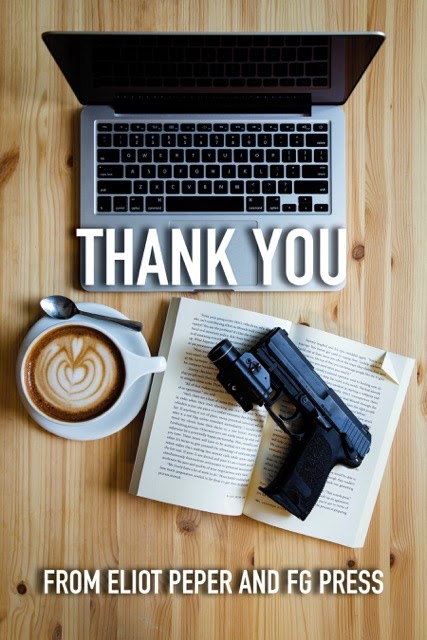 Join the 700+ friends and readers in my Inner Circle newsletter to get the inside scoop on my new books, reading recommendations, community updates, and adventures.