How to Launch a Book in the Top Ten

Last month, bestselling author William Hertling hosted a guest post from me on running a successful book launch. If you haven't read it yet, I've included it below for your perusal. Go write the next blockbuster!

All writers, whether indie, small press, or large traditional publisher, must learn how to market themselves and their books. If they don't get the word out about their book, no one will buy it. (This is also true of musicians and businesses, and I think there's a lot that can be learned from these seemingly disparate areas.)

Eliot Peper is a friend and the author of Uncommon Stock a thriller about a tech startup. I really liked the book, but I also enjoyed watching Eliot's path to publication. Eliot graciously offered to share his lessons learned about the book launch, the all-important first month that helps establish a book on bestseller lists and get word-of-mouth going.

On March 5th my first novel, Uncommon Stock debuted at #8 in its category on Amazon. Will is one of my favorite indie authors and his advice, codified in Indie and Small Press Book Marketing played a critical role in shaping my launch plan. He generously offered to let me share some of my lessons learned along the way. I hope you can use some of these strategies to help launch your own bestsellers! I look forward to reading them.

Here’s what you need to do to launch in the top ten:
There are more details available on how launch week went for Uncommon Stock here. If you’re interested in an adventure through the world of tech startups, read it!

For further reading, I highly recommend Will’s Indie and Small Press Book Marketing. He shares extensive detail on his various successes as an indie author and it’s the only book you need to read in order to prepare for your own release. I’m particularly impressed by how he’s applied growth hacking techniques like A/B testing to optimize his reader funnel. You should also check out the following three posts. I’ve found them insightful and actionable throughout the launch:
Oh, and one final thing. Don’t forget to take time to celebrate! It’s all too easy to get caught up in all the noise on launch day. Make sure to take a moment to appreciate how friggin’ cool it is that readers finally have your book in hand. 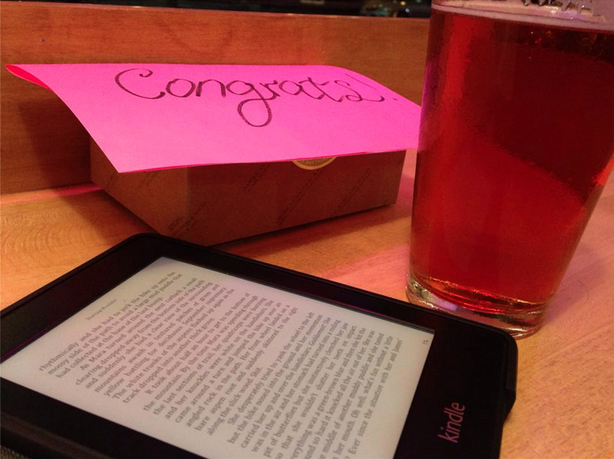 Eliot Peper is a writer in Oakland, CA. His first novel, Uncommon Stock is a fictional thriller about a tech startup and the lead title for a new indie publishing company, FG Press. You can find it on Amazon and most major retailers. You can even download a free ten-chapter excerpt. When he’s not writing, Eliot works with entrepreneurs and investors to build new technology companies. He also blogs about writing, entrepreneurship, and adventure.
Posted by Eliot Peper

Eliot Peper is a novelist based in Oakland, CA.
He writes speculative thrillers that explore the intersection of technology and culture and is the author of Breach, Borderless, Bandwidth, Cumulus, True Blue, Neon Fever Dream, and the Uncommon Series. He has advised technology companies as an independent consultant, designed games, survived dengue fever, pioneered new media formats, translated Virgil's Aeneid from the original Latin, worked as an entrepreneur-in-residence at a venture capital firm, and explored the ancient Himalayan kingdom of Mustang. His books have been praised by the New York Times Book Review, Popular Science, Businessweek, TechCrunch, io9, and Ars Technica, and he has been a speaker at places like Google, Comic Con, SXSW, and Future in Review.